As Byssinosis lung disease is called. It is caused by long-term inhalation of hemp, sisal, cotton or flax.

Byssinosis is a disease of the lungs, which is also known under the names Weber cough, Monday fever or cotton fever. The disease is caused by inhaling hemp, cotton or flax dust over a long period of time. Byssinosis is one of the pneumoconioses and is a recognized occupational disease in Germany.

People who are involved in the processing of textiles made from raw hemp, raw cotton, raw flax or sisal or in the production of bast fibers are particularly affected by byssinosis. This can include panting raw fiber. Byssinosis is most common in developing countries. In contrast, it is seldom seen in modern industrialized countries.

Byssinosis is caused by inhaling fine dust. The exact triggers are so far largely unknown. The sick people are usually workers who come into contact with raw and unprocessed cotton. The cotton is spun or combed, for example. Both an acute and a chronic form of byssinosis are possible.

After 1.5 to 2 hours of work, during which raw cotton, flax or sisal is inhaled, bronchospasm occurs. In contrast to an allergic bronchospasm, however, there is no IgE mediation. The raw material inhaled by the affected person contains low molecular weight peptides.

After prolonged exposure, these cause chronic bronchitis, which is associated with increased secretion of mucus and hyperplasia of the goblet cells. Washed cotton, on the other hand, does not cause any complaints.

The degradation of natural fibers and dust on the basis of cellulose is not possible in humans. They lack the cellulases required for this. In addition, antigens of a bacterial or vegetable nature often cause an immune reaction to occur in the body. If natural fibers based on cellulose are inhaled regularly, this will bioaccumulate within the lungs.

Byssinosis is initially noticeable through shortness of breath. This soon subsides again. After a short break from work, the symptoms set in again. Byssinosis is also known as Monday fever because the sick people do not suffer from symptoms during their free time on the weekend. However, if they return to work on Monday, the complaints will reappear.

Over time, the patients show the typical signs of chronic bronchitis. These include dyspnea on exertion and coughing with sputum. General unspecific symptoms are also common. In the further course, resting dyspnea can develop. Recurring bacterial bronchitis is a possible complication.

Doctors divide byssinosis into three different stages. In the third stage, secondary changes in the lungs and heart appear, some of which are irreversible. Acute byssinosis is manifested by wheezing (wheezing) and tachypnea (rapid breathing). In contrast, dry rattling noises can be heard in people who suffer from the chronic form.

An important basis for the diagnosis of byssinosis is formed by the patient’s medical history. A clinical examination is also carried out. A wheezing can be seen in the context of a bronchospasm. If the patient has chronic bronchitis, the doctor may hear wheezing and humming when listening with the stethoscope. X-ray examinations usually do not provide any more information about the disease in the early stages of byssinosis.

At a later stage there is sometimes an increase in peribronchitic markings. Another important diagnostic tool is performing pulmonary function tests. These often result in a decrease in lung ventilation and an obstructive ventilation disorder, which is typical of byssinosis. Bronchial hyperreactivity to metacholine is not uncommon.

Furthermore, a differential diagnosis to other respiratory diseases should be considered as part of the medical examination. These include exogenous allergic alveolitis and allergic bronchial asthma. If the bronchospasm is acute, the patient does not normally have to worry about permanent damage. However, if the person concerned suffers from chronic bronchitis, cor pulmonale and global respiratory failure are possible.

Byssinosis can cause a number of complications. Initially, the disease is noticeable through shortness of breath, which occurs in bouts as the disease progresses. Later on, bryssinosis can lead to coughing with sputum or promote the development of chronic bronchitis or an asthmatic disease.

A typical complication is, for example, the repeated outbreak of bacterial bronchitis, which is associated with further risks depending on the stage of the disease. Secondary changes in the lungs and heart can occur in the third stage, often accompanied by wheezing (wheezing) and rapid breathing. With chronic byssinosis, there are sometimes severe breathing difficulties, which are initially expressed by dry rattling noises and bloody sputum and later lead to secondary infections in the lungs and throat.

Often there are also cramps in the chest and pauses in breathing, which in severe cases can lead to death. In addition, global respiratory failure and cor pulmonale can occur, depending on the time of treatment and the progression of the byssinosis. Acute byssinosis usually does not have any serious long-term consequences if treated early.

See a doctor immediately if you experience flare-ups of shortness of breath or symptoms of chronic bronchitis. Byssinosis manifests itself primarily through breathing difficulties, especially coughing with sputum and irritated airways. Byssinosis risk groups (hemp workers, workers in cotton fields, etc.) should stop working immediately if they experience these symptoms and then consult a doctor. Until the byssinosis has been diagnosed and treated with medication, the activity that triggered it must not be resumed under any circumstances.

If contact is made with the triggering substances despite byssinosis, the disease causes further symptoms, which increase in intensity and frequency over time. Often it comes to bacterial bronchitis, chronic respiratory diseases and life-threatening pauses in breathing.

For this reason, a doctor should be consulted at the latest when shortness of breath and repeated coughing attacks occur. If chest cramps or pauses in breathing occur, an emergency doctor must be called immediately. Under certain circumstances, first aid measures must be taken at the same time. If you lose consciousness, further treatment in the hospital is necessary in any case.

In order to be able to treat byssinosis successfully, it is important to consistently avoid contact with the triggering substances. When working with cotton, it must be cleaned before human contact. It is crucial for the patient’s state of health to reduce the amount of harmful fiber dust.

Taking special medication such as inhaled corticosteroids or sympathomimetics rarely improves the acute bronchospasm. For the treatment of chronic bronchitis, however, the administration of corticosteroids and sympathomimetics makes sense. The same applies to treatment with agents such as theophylline and anticholinergics that are inhaled. The symptoms can usually be improved with the help of bronchodilators.

If it is not possible to reduce the patient’s exposure to fine dust, the treatment will take considerably longer, especially since there is also a risk of lung damage.

The further course of a byssinosis depends to a large extent on how long the triggering substance was inhaled and what exactly it is. As a rule, the function of the lungs can no longer be fully restored after long-term damage, so that only symptomatic treatment takes place.

First and foremost, the symptoms of byssinosis are alleviated by avoiding contact with the triggering substance. In some cases, the symptoms go away completely and can be relieved by taking medication, but there is no complete cure.

Treatment will be delayed if contact with fine dust or other substances is not interrupted. Usually, the occurrence of byssinosis significantly increases the risk of lung damage. If the disease is ignored, it can, in the worst case, lead to pulmonary insufficiency, which can lead to death.

There are also some home remedies available to those affected to fight the disease. However, one of the most effective means is usually the abandonment of the professional activity, if this has led to byssinosis.

Prevention of byssinosis is only possible if there is no prolonged contact with the causative substances. As part of early detection, occupational medical monitoring measures and preventive examinations can be carried out on textile workers.

Byssinosis subsides quickly with appropriate treatment. Follow-up care includes regular check-ups by your family doctor or ear, nose and throat doctor, as well as taking the prescribed medication. In addition, those affected must determine the cause of the lung disease and remedy it through a targeted change in living conditions.

If the complaints are related to pollution at work, a professional reorientation is recommended. In the case of serious illnesses, however, this is not enough for recovery. Those affected then need regular examinations for their entire life so that the necessary measures can be taken quickly in the event of any complications.

In addition, a healthy lifestyle should generally be observed. Getting enough exercise is just as important as eating a balanced diet. No food or drink should be consumed that can put additional strain on the lungs. A light diet with lots of vitamins and minerals is recommended. The byssinosis becomes weaker in the long term if the trigger is avoided and the patient observes the doctor’s guidelines regarding nutrition and hygiene.

Any allergens should be avoided at home. This can be achieved by regularly changing clothes and bed linen as well as using gentle soaps and shampoos. If, despite all of the measures taken, repeated breathing difficulties occur, medical advice is required.

If byssinosis is not treated professionally, there is a risk of chronic bronchitis and severe lung damage. Those affected should therefore under no circumstances treat themselves, but rather consult a doctor promptly.

What patients can contribute to is avoiding the cause of the disease. Contact with the fibrous materials that trigger the disruption must be stopped immediately or at least largely restricted. This may require a change of job, employer or profession.

Since byssinosis is a recognized occupational disease in Germany, those affected are quite well protected against the financial consequences of this ailment. Sick employees should definitely seek advice from their union, the works council or a specialist lawyer specializing in labor law.

In addition to the therapy prescribed by a doctor, the symptoms of the disease can also be combated with mild home remedies and natural healing methods. The most common symptoms of pneumonia are a tough cough and bronchitis. Inhaling pens with menthol or capsules containing menthol, which are available in pharmacies, help against acute breathing difficulties. If you have a tough cough, steam baths with salt water or chamomile tea provide relief. In naturopathy, ribwort is used as a juice or tea to combat tough coughs. 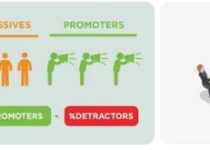