Skip to content
HomeWordsWhat does Civil Law Stand for?

The law is inspired by principles of justice and allows the development of laws that regulate the functioning of a society. Civil, on the other hand, refers to what is related to citizens or cities.

It is known as civil law that which is responsible for governing the private links that people establish between them. It is formed by the legal rules that articulate the patrimonial or personal relationships between individuals (individuals or legal entities). The purpose of civil law is to preserve the interests of the subject at the patrimonial and moral level.

Civil law is responsible for regulating private ties between people.

This branch of law accepts each human being as a subject of law, regardless of their particular activities. It is usually made up of the rules that are part of the civil code.

In Anglo-Saxon law, civil law is recognized as continental law (or civil law) and positive law (as opposed to natural law).

To understand the branch of civil law, it is necessary to know the notion of natural law, which is the group of principles, inspired by nature, of what is considered fair or unfair. These rights (inalienable and universal) are specified through positive or effective law .

Positive law, in turn, can be divided into private law and public law. In its broadest sense, civil law is used as a synonym for private law, since it includes the rules linked to the State and the capacity of individuals.

Homosexual marriage is a civil right that was conquered in many countries.

The importance of homosexual marriage, also called gay or equal, is that it legally validates the union between two people of the same gender, contemplating both the relationship and coexistence, and offering the same rights enjoyed by heterosexual couples. Likewise, the same obligations and requirements are imposed.

Although there is evidence of marriages of this type dating back centuries, the apparently necessary cultural retrogression that characterizes the human species has made this a problem, and its first solutions have appeared in recent years. The first place in the world where this institution was recognized was the Netherlands, in 2001, which was followed by eleven countries and three other regions. But this is not simply a question of time; in many societies, even being openly homosexual is unthinkable, since in more than one case it can be sentenced to death.

Civil institutions called de facto couples or civil unions are other options for legalizing coexistence between two people of the same sex, which in some countries coexist with the possibility of marriage, and in others, or in certain communities, it is the only one that is currently offers to those links. While this is a fairer reality than outright denial, they are considered by many to be labels for second-class citizens. And it is that, in the first place, it is absurd to try to fix something that is not broken and, worse still, to waste time and energy in manufacturing an unsatisfactory solution, when we know the most appropriate one.

The fundamental point does not lie in attaching importance to marriage, since love does not require papers or laws, but in recognizing that all human beings are equal and that the only reason to despise someone should be behavior that violates freedom. of another living being. In this way, no one’s religion, sexuality or race should matter, but their actions, their relationship with nature. 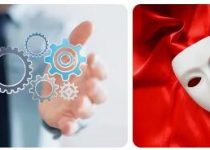