The UN plays an important role in developing international rules for relations between states and other international bodies. Over the years, several so-called conventions, ie binding international agreements, have been established within the UN. States can accede to these by signing and then ratifying.

Conventions differ from declarations in that they are binding on the states that ratify them. Declarations are statements that talk about how states should act in certain areas and have primarily a moral significance. The UN has adopted a large number of conventions that will guide states’ actions in various situations. This includes, for example, rules on diplomatic relations (Vienna Convention of 1961), conventions on environmental issues, space law, terrorism and the already mentioned conventions on human rights.

To draft conventions, ie to codify international law, there is a special commission on international law (ILC). It consists of 34 lawyers, who do not represent governments and are appointed by the General Assembly.

In disputes between states, the International Court of Justice in The Hague has an important function (see Structure). In 1998, at a conference in Rome, 120 countries decided to set up another international court in The Hague, the International Criminal Court (ICC, see AbbreviationFinder), which has jurisdiction over cases involving genocide, crimes against humanity and war crimes. Ever since the Second World War, the international community has been discussing the issue of setting up a court for these areas, which until now have only been regulated in conventions without the possibility of legal sanction. In July 2002, the Court’s Charter entered into force after being ratified by 60 states, and less than a year later, the ICC was inaugurated. By 2013, 122 states had ratified the Charter.

The ICC can only adjudicate in cases where either the state where the crimes were committed or the country from which the suspect comes has recognized the court’s right to adjudicate. There is a certain possibility of accessing war criminals in states that have not acceded to the charter through the Security Council’s right to show cases that the prosecutor should investigate. The Security Council seized this opportunity in May 2005, when the ICC prosecutor was asked to investigate some 50 suspected crimes against humanity and war crimes in Darfur in western Sudan.

In addition, since 2004, the ICC has been working on suspected war crimes committed in Congo-Kinshasa, Uganda and the Central African Republic. In the spring of 2006, a suspected Congolese war criminal was arrested and taken to court to stand trial. In the fall of 2005, the court issued an arrest warrant for five of the leaders of the Lord’s Resistance Army (LRA) in Uganda.

The ICC has been perceived by some countries as a threat to their national sovereignty. At the Rome Conference, China and the United States, among others, voted against the court’s charter. Later, US President Bill Clinton signed the Charter, but when George W Bush took over the presidency in 2001, he made it clear that the United States did not intend to join the court. The United States feared that US troops might be prosecuted by the ICC for political reasons. During the 2000’s, the United States sought – among other things by enforcing resolutions on immunity from prosecution for UN soldiers from countries outside the ICC – to protect Americans from the risk of being brought to justice. President Barack Obama’s administration, in contrast to the Bush administration, has worked closely with the ICC, even though the country is still out of court. The United States has in several cases exerted pressure and investigations to bring the accused to the ICC for trial. In March 2009, the ICC issued an international arrest warrant for Sudanese President Omar al-Bashir. It was the first time the court acted against a head of state. The ICC has issued another arrest warrant for al-Bashir, who is accused of being responsible for crimes against humanity and genocide perpetrated by Sudanese government troops and the Janjaweed militia in Darfur, Sudan.

The first war criminal to be convicted by the ICC was Congolese rebel leader Thomas Lubanga. In March 2012, he was sentenced to 14 years in prison for recruiting child soldiers to his militia. Another famous person the court had prosecuted in the early 2010’s was Ivory Coast’s former president Laurent Gbagbo, who was suspected of crimes against humanity in connection with the violence surrounding the 2010 elections (see Ivory Coast). Uhuru Kenyatta, who won the presidential election in Kenya in 2013, had also been prosecuted by the ICC. 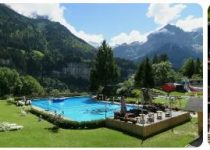