Skip to content
HomeAcronymsWhat does Integrated Circuit Stand for?

Circuit, originating from the Latin circuitus, is a concept with various uses and meanings. The term allows to refer to the path in a closed curve, the route that ends at the starting point or the land located within a perimeter.

Integrated, meanwhile, comes from the verb integrate (complete a whole with the missing parts, make something become part of a whole, constitute a whole).

In electronics, an integrated circuit is a combination of elements of a circuit that are miniaturized and that are part of the same chip or support. The notion, therefore, is also used as a synonym for chip or microchip.

The integrated circuit is made of a semiconductor material, on which electronic circuits are manufactured through photolithography. These circuits, which occupy a few millimeters, are protected by an encapsulation with metallic conductors that allow to establish the connection between said chip of semiconductor material and the printed circuit.

There are several types of integrated circuits. Among the most advanced and popular are microprocessors, which are used to control everything from computers to mobile phones and household appliances.

History of the integrated circuit

Many interacting microelectronic devices, especially transistors and diodes, without neglecting passive components such as capacitors and resistors take advantage of integrated circuit technology, whose history dates back to the late 1950’s, when an engineer named Jack St. Clair Kilby developed the first prototype for the Texas Instruments company.

Until then, electronic equipment used to consist of vacuum tubes (also called electronic or thermionic valves, among others of their names), a component used to switch, modify or amplify an electrical signal by controlling the movement of electrons with the help of certain gases or in a space with very low pressure. However, thanks to Kilby’s work, active and passive components began to be located on the same metal surface whose dimensions were tens of times smaller than those of a single vacuum tube.

The first integrated circuit was developed by Kilby was fabricated on a wafer square germanium; Each side measured 6 millimeters and was made up of a capacitor, three resistors, and a transistor. The debut was a complete success, allowing this revolutionary engineer to continue researching and improving his invention. It is worth mentioning that the name “chip” derives from the homonymous English term used to refer to chips, among other things.

But the transition from vacuum tubes to semiconductors was not a coincidence, but relied on a series of experiments that demonstrated the usefulness of the latter to replace the former in terms of functionality, occupying a fraction of their size. This great advance, which makes the reality that precedes it seem like an absurdity, gained momentum in a short time, thanks to the fact that integrated circuits began to be mass- produced and the world was able to verify that in addition to their obvious advantage over valves, they were reliable and easy to complicate.

To this day, we find this technology in the microprocessors of devices as diverse as computers and mobile phones, and also in digital memories, which use a chip instead of mechanical parts. 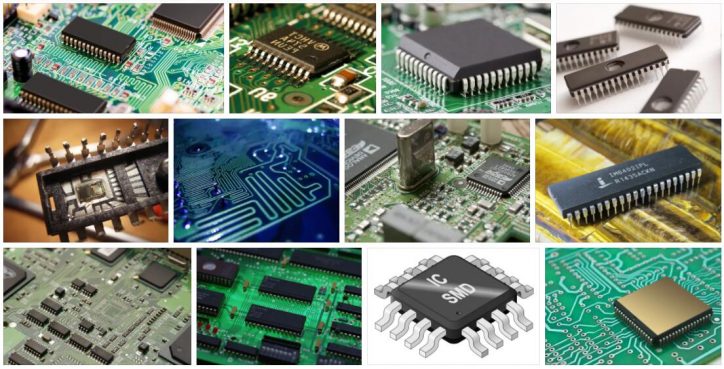